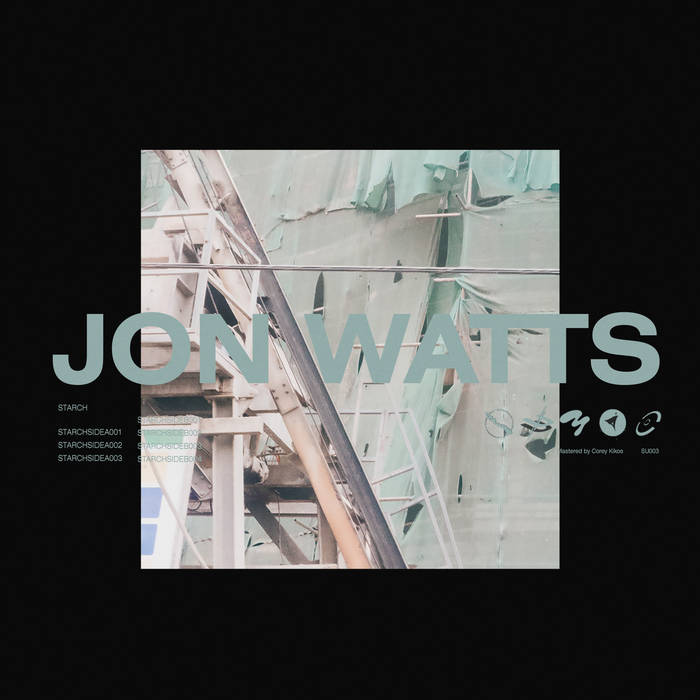 Jon Watts is Melbourne based producer, DJ and musician. Over the last decade Jon has traversed a number of styles as a live performer, including no-input mixing, free improvisation, and hardware techno experiments. As a DJ, Jon is a staple of Australia’s East coast warehouse party scene, and has forged a unique style that seamlessly combines styles from free Jazz to hi-modern composition, minimal techno, house, jungle, UKG and everything in between.

On this EP Jon presents 7 tracks of stark, minimal, well-starched, emotionally ambiguous, yet functional techno experiments. Jon is indebted to the no-input mixer experiments of Japanese artists such as Toshimaru Nakamura and Sachiko M, as much he is to techno luminaries such as Jeff Mills and Kotai. He has patiently combined the sounds of malfunctioning circuits with cold acid inflected arps, home recorded analogue drum machines, and classic rhythms. Steeped in hardware, but never beholden to its standardised logic, these tracks channel the sweaty focus of the club, into refined loop-based compositions that occupy a hazy zone between unfinished idea, DJ tool, and avant-garde reduction.

All tracks written, produced and mixed by Jon Watts
Mastered by Corey Kikos

Bandcamp Daily  your guide to the world of Bandcamp