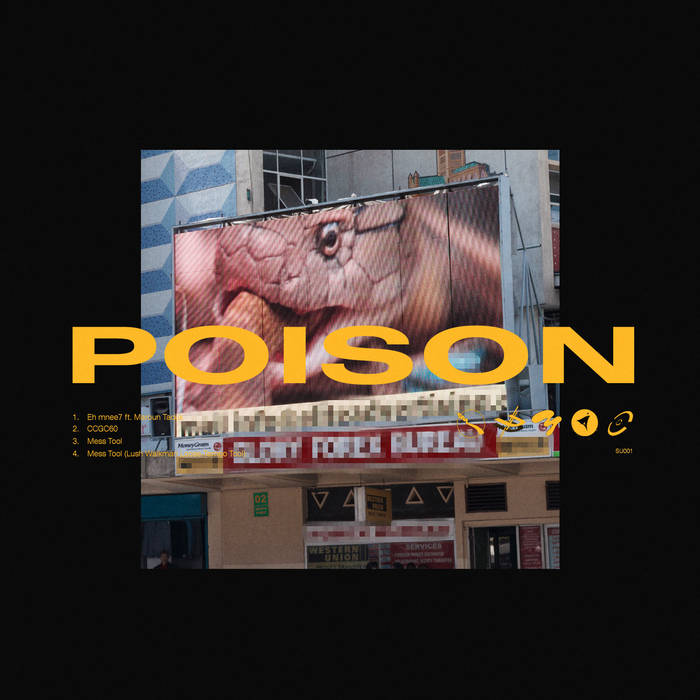 POISON is the collaborative project of Sydney/Melbourne based producers DJ Plead and T.Morimoto. They have been working together for over a year, producing numerous tracks which they work into their DJ sets. DJ Plead is one third of Sydney trio BV, who recently made a special Boiler Room appearance, and have become perennial favourites in Australia’s club scene. DJ Plead also has an upcoming solo release through Air Max 97’s Decisions label, and his photography has graced the covers of numerous releases by other Australian artists including Cop Envy and Jikuroux. T.Morimoto has previously released through US label Illuminated Paths, as well as Australian labels Junk Mnemonic, This Thing, and Plastic World as Thomas William. T.Morimoto also has an ongoing practice as a multi-disciplinary artist, curator and writer, having most notably presented performance works at numerous institutions in Australia and internationally.

Eh Mnee7 produced by DJ Plead, T.Morimito and Utility; vocals written and performed by ARZ and recorded by T.Morimoto

Bandcamp Daily  your guide to the world of Bandcamp